As retina displays are becoming more pervasive in Apple hardware, and we're here to support users of Apple products, I think it would be great if the AD site included retina versions of its image resources, such as the header image, voting buttons, and user profile photos.

This WWDC talk has info about how to achieve this. There are several choices for detecting retina displays, including CSS @media queries and window.devicePixelRatio.

This might give you an idea of how it looks without retina graphics: 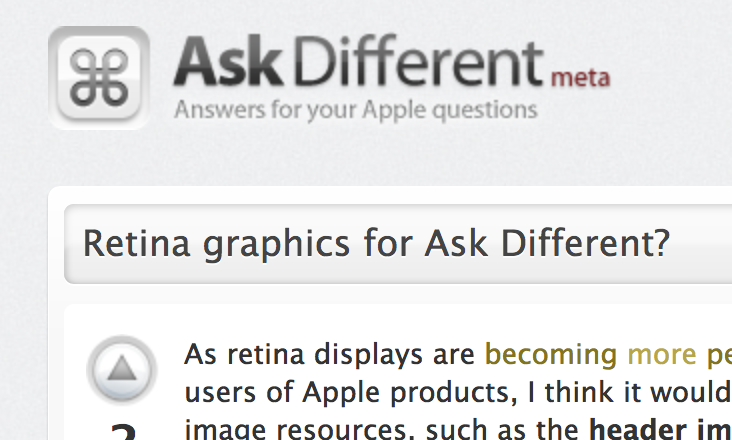 (Only slightly relevant but fun: AD logo I made with pure CSS.)

Solved with the design update.

We have plans to update all the icons for SE sites to retina at some point. It will be a lengthy process. We're still deciding on which icons have higher priority. The obvious ones are the logo and voting arrows/favstar.

Not the answer you're looking for? Browse other questions tagged feature-request status-completed design graphics .