Why was this answer low quality?

The answer below was marked a low quality. Why? It's one of the most complete answers.. 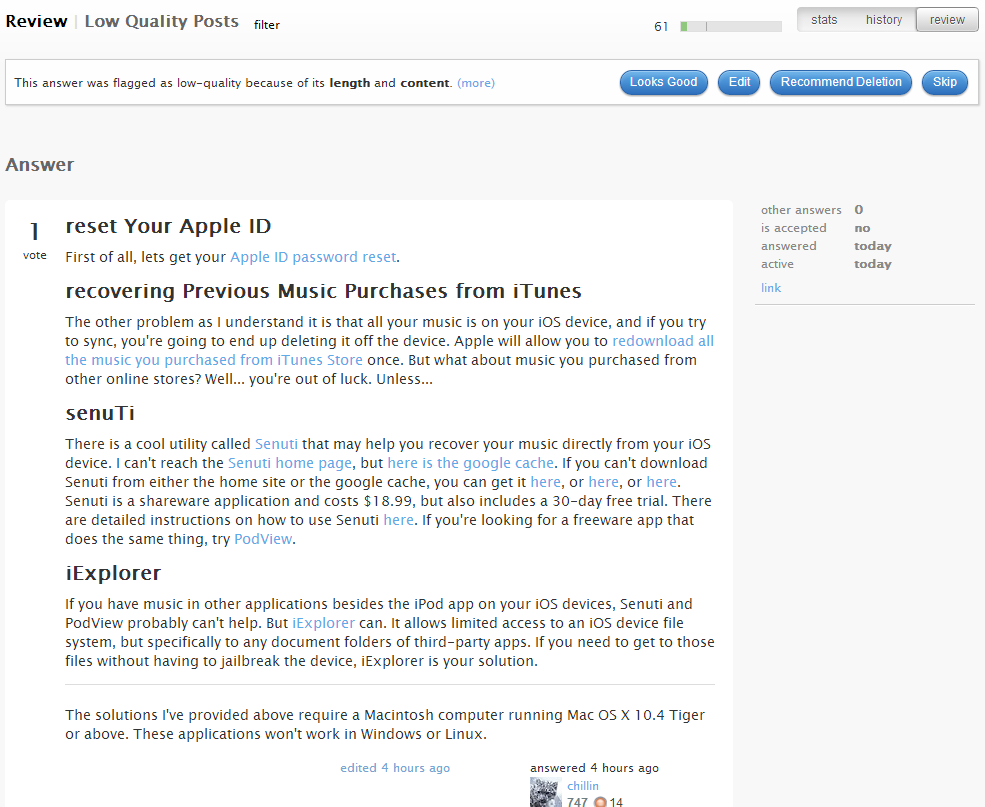 The exact algorithm used to denote whether a post is low quality has not been released publicly to prevent gaming the system.

However, from the little information released on Meta.SE, it seems each post is given a score based on its content. Good things increase the score and bad things decrease it. The old 10k tools used to show this raw score directly, however as the 10k flags have been obliterated, it's no longer possible to see (except diamond mods).

With the above answer, I'd hypothesise that it was just on the boundary, with titles that didn't start with capitals, multiple links and 'advertising' of a 30 day trial.

Not the answer you're looking for? Browse other questions tagged support review-page .

0
Why was my question closed?
7
Review Etiquette re: obviously incorrect or irrelevant answers
0
Why was my co-workers answer deleted?
5
Review low quality posts [ looks good ]
0
Answer was accepted but bounty was not received
8
What to do if I mark the wrong flag?
7
Why was this question downvoted?
2
Was my question deleted?
0
Why was this Spam or Offensive? Can this be reversed?
2
I'd like to improve this, so can I know why this was closed?