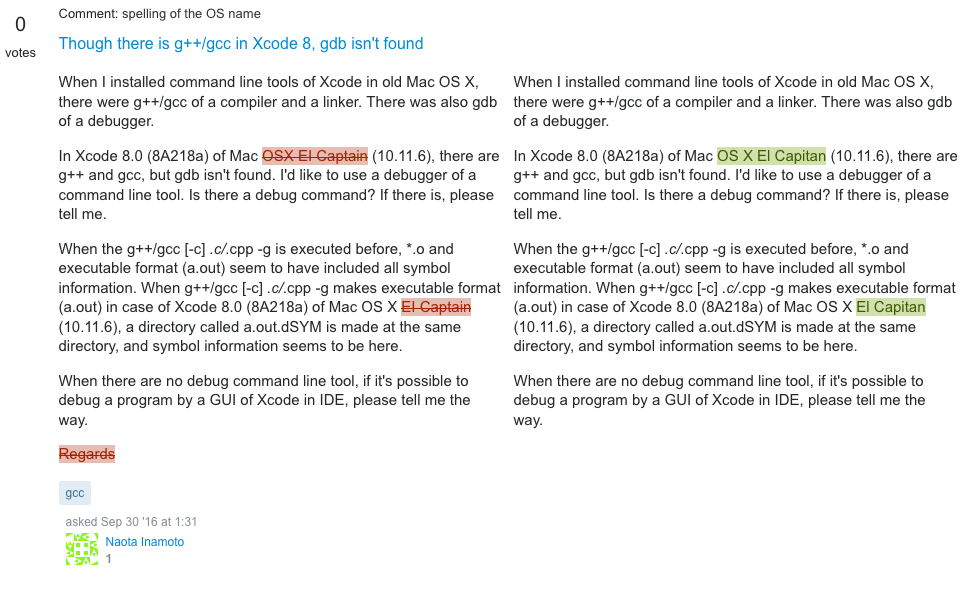 4
Why can't I suggest edits here on Meta?
5
What's the best kind of edit summary?
4
Why is the edit link displayed but is uneditable?
5
Suggested edit confusion
10
Why was my flag "opinion based answer" declined but was the same reason why it was closed later
9
Why was my edit removing code formatting reverted?
4
Edit Privileges, approve vs self-edit
3
Why was my edit fixing capitalization rejected?
4
First suggested edit ban but still unable to suggest edits more than 24 hours later