A message from our CEO about the future of Stack Overflow and Stack Exchange. Read now.

Live Chat event for Apple's 'By innovation only' announcement (Fall 2019)

As many of us know, in September most years Apple hosts a press event during which new products are announced. For example, on 12 September 2018 we saw the iPhone XS and XR ranges, and Apple Watch Series 4 among the major announcements.

Apple has just issued invites to this year's event. Once again it'll be held at its Steve Jobs Theatre located at the Apple Park 'spaceship' campus! 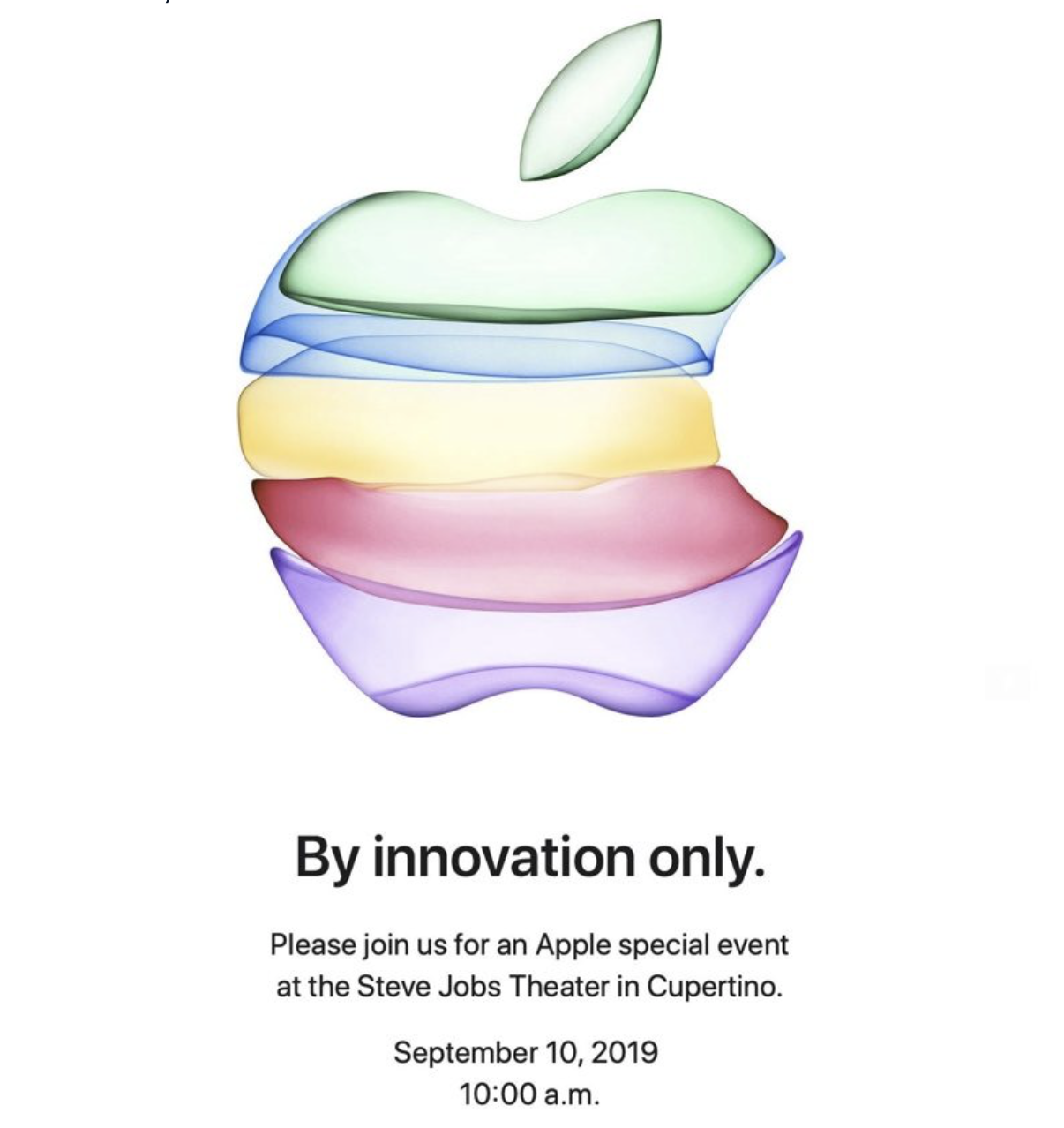 The Keynote address is scheduled for 10am on Tuesday 10 September 2019 (Pacific Time). This equates to: