I like the <kbd> tag. It's a quick way to let people know that you want them to press a keyboard shortcut.

However, I find my self just using the ` shortcut to set key commands to monospace because it's so much easier to type than <kbd>cmd</kbd>+<kbd>opt</kbd>+<kbd>i</kbd>

Would you guys like a toolbar button in the post editor for making wrapping something in a <kbd> tag? I sure would.
But even more, I'd like to be able to do it textually: [cmd]+[opt]+[i]. That'd save me a lot of time.

How about you guys?

I'm a big proponent of this being added - especially after trying to use the site exclusively for a few days on the iPad.

Here's where my opinion really gets aired - I realize and like that it's not a universally shared opinion :-)

I would like to be lazy and have the toolbar help me add key caps markup syntax easier to type.

< kbd > and < /kbd > could be added just like block quote and code sample.

Perhaps no-one is using < kbd > except for me?

I think the style guide is a bit harsh on how bad these are in practice - so I'll add an answer there in defense of how easily people new to mac can see option + command +P +R intuitively means you hold them all down together.

Specifically, the confusion over naming of keys is due to Apple changing their symbols over time, people remembering the old way, and the fact that keyboards are different around the world as well as on Windows / Mac.

The other confusion is the difference between the silkscreened mask on the keyboard doesn't match the menu shortcuts. For example, all macs now use ▲ and ▼ printed on the keyboard, but if you look in the Bookmarks menu of safari, you will see the characters drawn as ↑ and ↓ 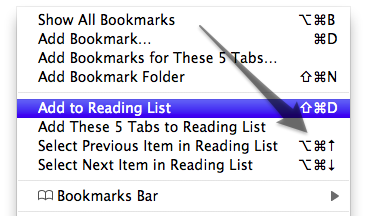 Blaming the key cap <kbd> format for these problems is a red herring - the confusion exists whether you spell out command or use ⌘, whether it's an up arrow or an up triangle. We as a community have to deal with that confusion either way. Why not automate the formatting so people can pay attention to the message - making answers here match what mac users have had in their language for describing key presses for years.

I am of a strong opinion that when used properly, these tags make the site look professional and better match the documentation that Apple provides. I would want to encourage people to know it's possible and make it easier to select a word like option and automate wrapping it.

Geting to the < > and / are tedious alone on iOS and autocorrect needs to be beat into submission which makes it even harder to get that edit done while mobile.

I am very much in favor of creating a syntax like Command ⌘+ Option ⌥ + I as it would solve a number of problems. As an iPad user I'm also in favor of an iPad friendly tool bar button.

How has this request languished for so long?

Not the answer you're looking for? Browse other questions tagged feature-request editing formatting .

62
Keyboard icons & terminology
17
Please update the Markdown help to include how to enter keyboard symbols
16
Feature Request: Add editor buttons for symbols common to the subject

64
Put the ⌃⌥⇧⌘⎋⏏⌫↑⇡↖⇞⇥ characters somewhere for people to copy/paste
20
Can we disable the ⌘H "Heading" shortcut?
2
Merge the "playlist" tag and "playlists" tag
3
Inconsistent Tag Synonyms and individual tags for iOS and WatchOS
6
Separate script-editor and AppleScript tags from each other