Is it wrong to ask a question on Ask Different even if it's "easily Googleable"?

When googling apple-related queries, like "how do I do x", there's typically a lot of sites which are search engine optimised appearing toward the top of the results, and a lot of the time, the content is wildly out of date, or worse, not even useful but simply clickbait.

For this reason, I wonder how good or bad is it to ask such seemingly easy to answer questions on AD? That is, questions, which are technically answered on the internet many times over, but whose articles are buried between clickbait and worse, and whose articles are festooned with advertisements and other distractions?

I think for future people googling, Ask Different offers a far superior experience, being relatively ad-free, typically having answers from more authoritative sources than most other apple sites, and a range of other benefits (like being more likely to be updated, critiqued etc).

Here is an example of an easy-to-google question I had recently: 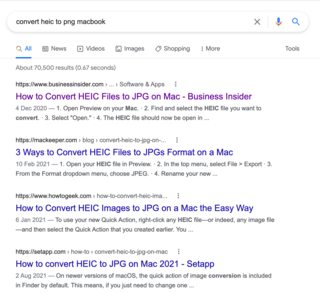 Google results differ by user/location, but Ask Different didn't appear even in the top 100 results for me, which was surprising, yet a lot of notable "junk" websites did.

Is there general agreement that asking "basic" questions is good for the apple product users, even if it means the occasional very banal question has to be asked/answered here on Ask Different, or should we refrain from asking/answering questions which are already elsewhere on the web?

This is a chicken and egg problem. We aim to be the best place for Google / Duck Duck Go / whatever search tool you use to allow people to get high quality answers to specific practical questions, so I would say no - just because you could search easily doesn’t mean we shouldn’t host a good question for that topic.

However, the egg (or chicken) has to be good quality to be of use, so we should apply all the other question quality standards to all questions, those searchable and those not searchable. Good quality means you are specific and clear what practical problem you face.

Sharing your research helps everyone. Tell us what you found and why it didn’t meet your needs. This demonstrates that you’ve taken the time to try to help yourself, it saves us from reiterating obvious answers, and above all, it helps you get a more specific and relevant answer.

if you give us details and context, we can provide a useful answer.

The key point in asking is to do a search and explain how that search doesn’t help, so in that sense asking a question where you don’t do the simple search can end up with a quick closure due to quality or clarity issues.

In fact, your example points out we may need several questions with different wording so that those keywords surface the best thread or canonical question here on how to convert from heic to png. If the good answer is the chicken, we might need it to lay more eggs so people can find the source.

If you were to ask a quality phrasing of this question on the main site, please link in the comments here so I can take a stab at answering it for you. Be sure to document what search you used when asking!

If I google the search terms mentioned, I get the answer directly from Google: 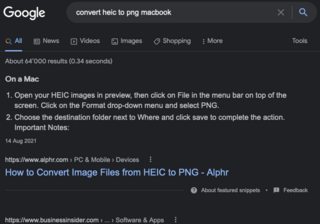 The Q&A we have on the topic indeed shows up much later, but the same Q&A can be found when searching on the site directly.

We expect people to do some basic research before asking, also the system might propose existing questions depending on how you wrote the title. 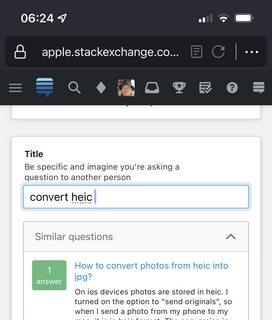 So even if having multiple entry points into the same topic is fine (as bmike said in his answer), you still might get downvotes for lack of research or a hold on the question (especially for things which indeed are easily googeable).

If you know that

Then you would have had to search for your question both here and on google, and found the answer. In which case, you should ask the question here and answer it yourself with a quality answer.