Please change name of site from "Apple" to "Ask Different"

The new "mobile" template, among other things, replaces the site logo with the name of the site in text. However, the Stack Exchange engine still thinks that this site is called "Apple", which results in users visiting Ask Different on their iPhones being served a page that looks nothing like Ask Different with the word "Apple" instead of the logo.

To fix these issues, and to make sure that similar ones don't come up in the future, I request that the name of this site be changed to "Ask Different". 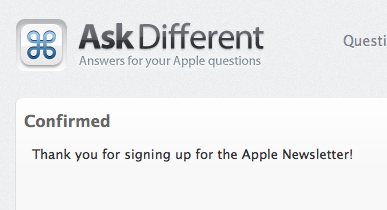 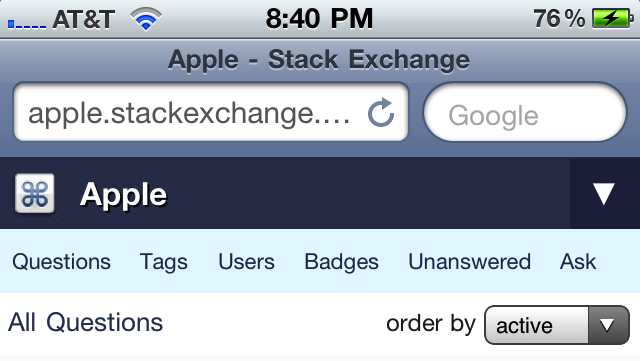 This also is listed as Apple and not Ask Different in the chat parent user dialog.

Now that this name change is complete - the search tab for selecting a site is quite intelligent, matching the obvious Ask but also matching the intuitive, but not shown Apple string as you type it. This is very cool! 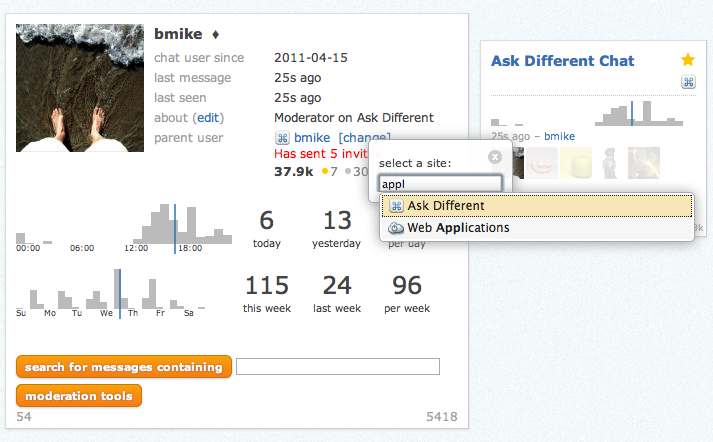 It's also listed as Apple in the migration statistics section of the 10k tools on other sites. Makes it difficult to find when searching for Ask Different.

Especially given the fact that Ask Ubuntu is the proper name of the Ubuntu site...

On the reputation leagues site, it also appears as Apple.

I doubt that the short name can be changed.

My first thought was that the name to the side could be updated:

So: whatever happens to the side name etc. of @StackApple should be not decided until after the @askdifferent question is answered.

Not the answer you're looking for? Browse other questions tagged bug status-completed design mobile .

3
Privileges page refers to wrong site name
7
2012 Moderator Election - Town Hall Chat Digest
12
Why isn't askdifferent.com used?
9
Who owns @askdifferent on twitter?
-1
​Rename the site as Apple User
5
What should our FAQ contain?
4
Should we keep ' - Stack Exchange' at the end of our name?